skip to main | skip to sidebar

Posted by Patrícia Lança at 4:08 pm

Posted by Patrícia Lança at 4:51 pm

Posted by Patrícia Lança at 1:34 am

Posted by Patrícia Lança at 6:30 pm 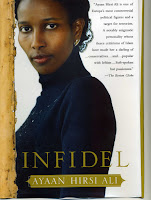 Posted by Patrícia Lança at 5:35 pm

Posted by Patrícia Lança at 7:56 pm

Sexualizing Everyday Life: from Mann and Nabokov to Sheik al-Hilaly

Posted by Patrícia Lança at 8:06 pm

Posted by Patrícia Lança at 4:06 pm

A voice in the wilderness

Not for the first time, John Bolton has spoken the plain truth about the parlous danger to the free world and its ever more supine failure to confront it. He has told the Jerusalem Post that time is running out over Iran and yet the US administration remains in deep denial, so much so that it is actively helping the enemy:

Sanctions and diplomacy have failed and it may be too late for internal opposition to oust the Islamist regime, leaving only military intervention to stop Iran’s drive to nuclear weapons, the US’s former ambassador to the UN, John Bolton, told The Jerusalem Post on Tuesday. Worse still, according to Ambassador Bolton, the Bush administration does not recognize the urgency of the hour and that the options are now limited to only the possibility of regime change from within or a last-resort military intervention, and it is still clinging to the dangerous and misguided belief that sanctions can be effective. As a consequence, Bolton said he was “very worried” about the well-being of Israel. If he were in Israel’s predicament, he said, ‘I’d be pushing the US very hard. I am pushing the US [administration] very hard, from the outside, in Washington…

‘The current approach of the Europeans and the Americans is not just doomed to failure, but dangerous,’ he said. ‘Dealing with [the Iranians] just gives them what they want, which is more time… We have fiddled away four years, in which Europe tried to persuade Iran to give up voluntarily,’ he complained. ‘Iran in those four years mastered uranium conversion from solid to gas and now enrichment to weapons grade… We lost four years to feckless European diplomacy and our options are very limited.’

Indeed. The realist lunatics have taken over the Washington asylum, siren voices are pushing for further appeasement of and ‘engagement’ with Iran and other Islamists, and President Bush appears to be paralysed. History will judge him not so much for the mistakes made in Iraq but for the much more fundamental failing—that he would not exercise the leadership required to back those in his administration who had courage and vision against those who preached defeatism and surrender. It’s always about character in the end — and in the end the consequences will now be so much more appalling.

Posted by Patrícia Lança at 8:21 pm

Posted by Patrícia Lança at 3:43 pm

Posted by Patrícia Lança at 6:23 pm

TWENTY PROPOSITIONS ABOUT A DISEASE OF THE SOUL

Anti-semitism as a moral and intellectual deficiency

THE WAR AGAINST THE JEWS (5)

The most contentious element of the argument against the academic boycott of Israel by Anthony Julius and Alan Dershowitz in today’s Times (read the longer version here) is that the boycott is ‘antisemitic’. While I agree that the boycott is indeed an example of Jew-hatred, some of their arguments struck me as rather weak and thus counter-productive. For example, just because boycotts of Jews have indeed been part and parcel of historic antisemitism does not itself prove —as the authors suggest — that this one must therefore be antisemitic, particularly since it is targeted at Israelis rather than Jews as a racial or ethnic group. Indeed, the problem with using the word ‘antisemitism’ is precisely that it is associated with prejudice against Jews specifically as a religious or racial group. So people do not accept that the malice against Israel is anti-Jew — or, indeed, that it is malice at all —because it is against a state which, although Jewish, does not represent all Jews. Using the word ‘antisemitism’ enables them to say that since anti-Israelism is thus not a prejudice against all Jews, the word is being used as a form of intellectual intimidation to close down legitimate criticism of Israel. This is why the word ‘antisemitism’ is very unhelpful in this context.

But the fact is that there is indeed an otherwise inexplicable malice in the animus against Israel and that it does indeed single out Jews — but as a people rather than as people. It is in fact but the latest stage in the linear progression of Jew-hatred down the centuries, from theology to race and now to nation. And it is clear that it is the same thing, from key elements of continuity between Jew-hatred today and in the past far more fundamental than the tactic of the boycott. It’s the singling out that is crucial, the fact that Jews are treated differently from the way any other group is treated. It is a prejudice against Jewish peoplehood, denying to the Jews the right to self-determination and to defend their nation that is granted to other peoples and instead singling it out uniquely for a campaign of delegitimisation based on lies. The article finally makes at least part of this point in this paragraph, in which it observes, correctly, that the boycott is predicated on the defamation of the Jews:

The Jewish State, in pursuance of its racist ideology, is perceived as pure aggressor, and the Palestinians are perceived as pure victims. The PACBI boycotters and their UCU fellow travellers would deny to Jews the rights that they upholds for other, comparable peoples. They adhere to the principle of national self-determination, except in the Jews’ case. They affirm international law, except in Israel’s case. They are outraged by the Jewish nature of the State of Israel, but are untroubled (say) by the Islamic nature of Iran or of Saudi Arabia. They regard Zionism as uniquely pernicious, rather than as merely another nationalism (just as earlier generations of anti-Semites regarded Jewish capitalists as uniquely pernicious, rather than merely as members of the capitalist class). They are indifferent to Jewish suffering, while being sensitive to the suffering of non-Jews. They dismiss anti-Semitism as a phantasm exploited by Jews to pursue their own goals. They overstate, on every occasion, and beyond reason, any case that could be made against Israel’s actions or policies, and wildly overstates the significance of the Israel/Palestinian conflict in world affairs – indeed, they put Jews at the centre of world affairs. Many of these ‘anti-Zionists’ are either anti-Semites or fellow travellers with anti-Semitism; longstanding anti-Semites now embrace ‘anti-Zionism’ as a cover for their Jew-hatred. This is because, in relation to Israel, the anti-Semite finds a protected voice. The desire to destroy Jews has been reconfigured as the desire to destroy or dismantle the Jewish State.

The point about Jew-hatred is this. It is not merely a prejudice like any other prejudice, in which nasty characteristics are ascribed to a particular group and as a result people treat its members badly. Jew-hatred has certain unique features, which revolve around singling out the Jews for treatment afforded to no other group: scapegoating them for the misdeeds of others, holding them to standards which are applied to no others, systematically telling lies about them which are told about no others, displaying an obsession with them to the exclusion of all others, and irrationally holding them to be responsible for all the ills of the world — whether this be the fall of Man from God’s grace, outbreaks of bubonic plague or the rise of Islamic terrorism.

All these characteristics are on display in the demonisation and delegitimisation of Israel by the boycotts and the rest of the obsessional campaign against it. That is why it is indeed the latest manifestation of Jew-hatred.

Posted by Patrícia Lança at 5:34 pm

TITLES PUBLISHED TO DATE
CAN BE ACCESSED FROM THE SUPPLEMENT
ARCHIVE:


PORTOLANI REDUX is another blog, exclusively devoted to subjects related to 'gender studies' and themes connected with the family:


PORTOLANI BOOKS is a web site (not a blog), consisting of an anthology of essays, some of which have already appeared in blogs. Its address is:
http://portolanibooks.vol1.googlepages.com/home